We’re proud to announce the powerhouse Kush so many gardeners are anticipating to see us work with ! Dank Genetics couldn’t be happier to share this group effort with the canna-community. 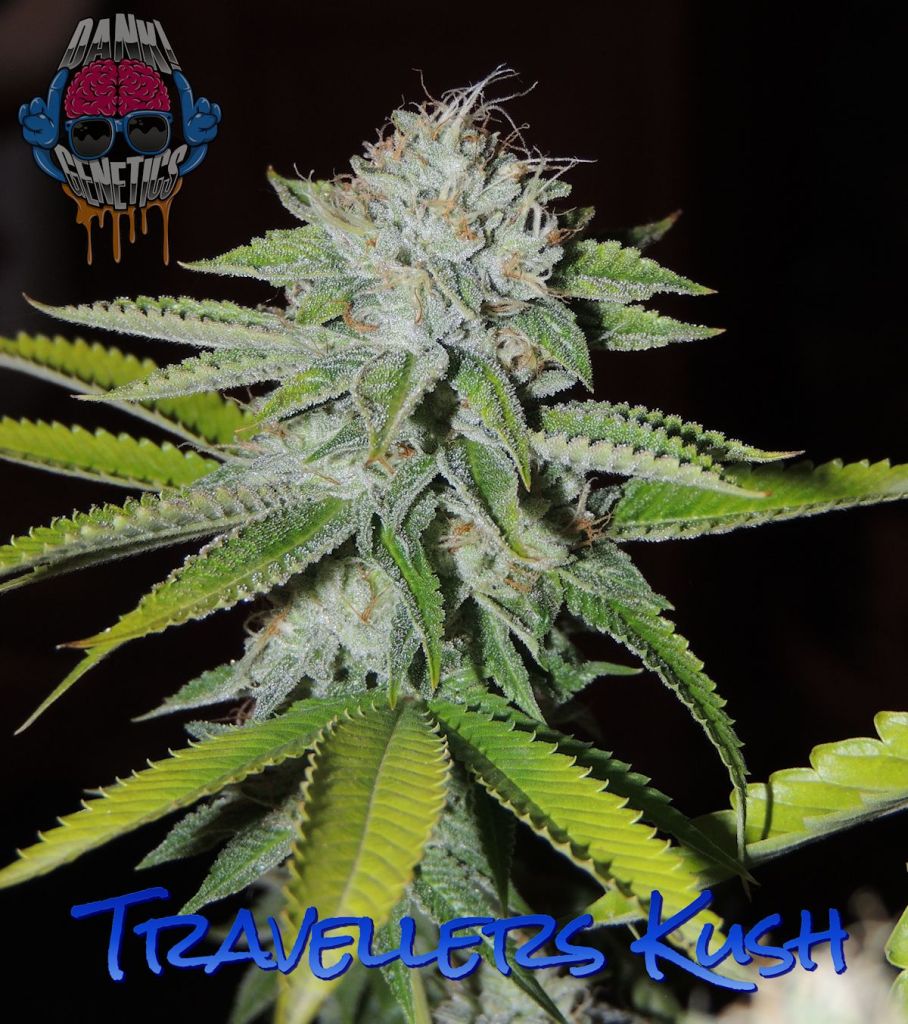 Description:  Travellers Kush is born!!! Travellers Kush is something we have been working on for well over a year++ behind the scene with some very close friends in the cannabis community this will be our male breeding line for many future Dank strains !!!

1st ) Project started off with some Triangle Kush S1 seeds made by Cannarado by s1ing the original Triangle Kush from the Swampboys ( CornBreadRicky & Krome aka Krome the white ) he as held close for awhile he gifted Karma Genetics a bunch of these seeds ..

2nd ) Karma Genetics pops some of the TK S1 seeds and finds a real killer keeper he then enters this selected cut into the spain breeders cup it wins first spot .

4th) Karma Genetics blessed us Dank Genetics with his Cup winning Triangle Kush S1 KG Cut and some of the new made TKs1 (KGcut) x White OG seeds .whoot whoot . we was so happy to of been given these gems by our big brother KG

7th) we sent a bunch of Travellers Kush seeds to homie Karma and he selected a pheno from his run and we entered into HTCC 27th amsterdam cup in hybrid cat . everyone that seen , smelled or smoked our Travellers Kush was amazed how dank it was

we would like to give a massive shout out to all involved in this project ..

Karma Genetics , Cannarado , CornbreadRicky , Krome ,SwampBoys ,whole Dank Genetics Crew, nothing would of been possible with out ALL you guys ..